All Collections
FAQs and Troubleshooting
Different visibility numbers in Google Data Studio versus AWR. Why?

Different visibility numbers in Google Data Studio versus AWR. Why?

Written by Aura Dozescu
Updated over a week ago

Sometimes, you may see different visibility values in a Google Data Studio report than AWR shows for a project. This could be caused by the one of the following factors:

1. Aggregation across the multiple dates

Let's use a project with daily updates for this example, and look at the data from May 3 to April 4, 2019 for the Recipes group on allrecipes.com and Google Desktop Universal engine.

Here are the Visibility evolution numbers in AWR: 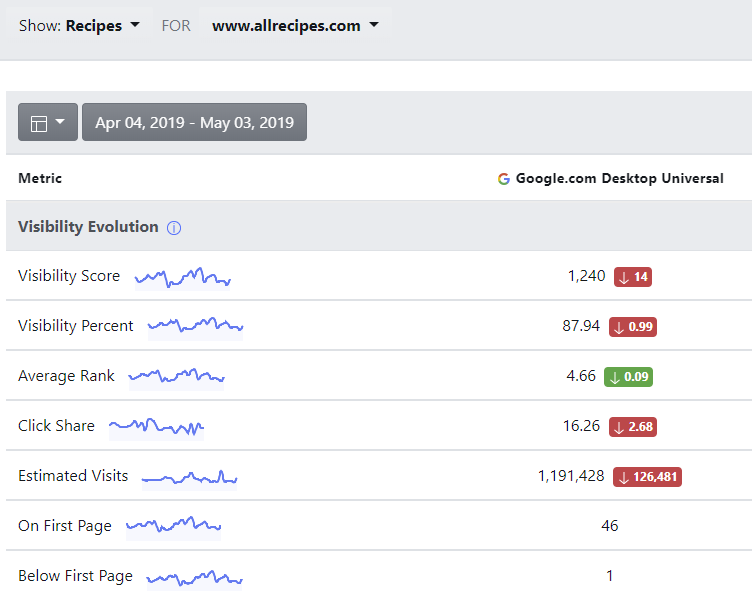 The values are for the May 3 update, changes being computed by comparing the values from May 3 to those from April 4.

Now, here are the numbers in GDS, for the same input selection:

These metrics in GDS are set to Average. The values are computed on the Data Studio side, based on the data that AWR feeds for each of the daily updates within the selected time frame (May 3 - April 4, 2019 in our example).

If we change the aggregation type from sum to average in GDS:

The value in our GDS report is recalculated as average across the 30 updates:

There are two cases that can cause these differences:

The values shown in GDS, when all groups are selected, will be different from those shown in AWR when All keywords is selected.

Let's look at an example for a single ranking update date in AWR: 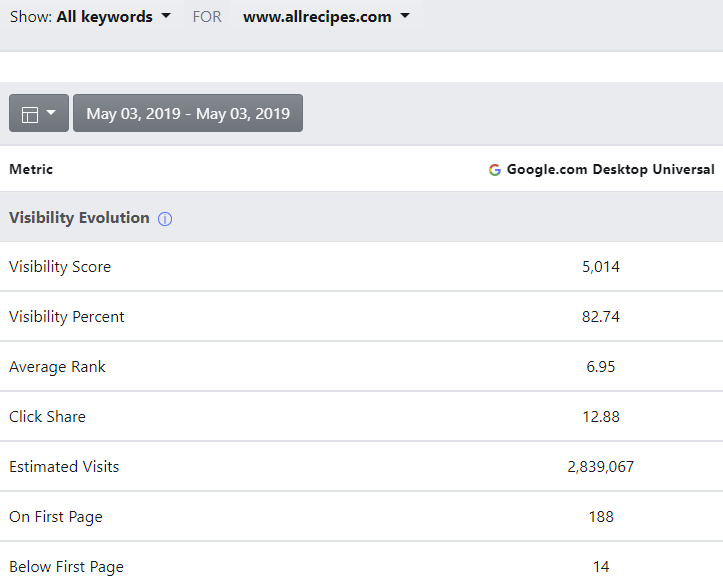 Comparing the values with those in the GDS report for the same date, the numbers do not match:

The solution for these cases is to use All keywords as filter in GDS, instead of the multiple groups:

Do you have any other questions? Don’t hesitate to get in touch and we will keep building the FAQ.

Did this answer your question?